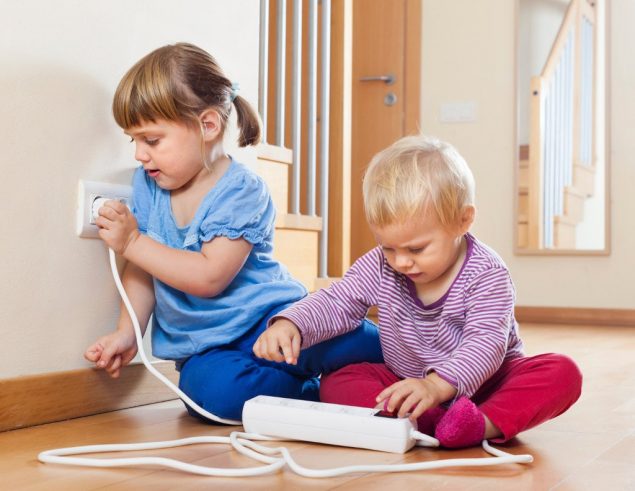 Almost everything around us in our world today is powered by electricity. If you are around children at all, you are sure to have been asked endless questions about how things work. Knowing how to simply explain electrical currents to a child is beneficial to not only stop the questions and fulfill their curiosity but also a good safety measure to keep them from exploring it themselves and possibly getting injured.

Adjust your explanation to the age of the child. For younger children, keeping it simple and short works best to help them understand and retain the information. Older children can benefit from a more detailed explanation, while teens would be able to comprehend the complex, technical terms much better. Whichever terms and level you choose, always stress the importance of safety and the dangers of exposed wires and downed power lines. Explain the dangers of using electrical devices near water. Tell them that all electrical work should be performed by a licensed electrician to ensure safety standards are met and things are done correctly. Sometimes an experiment can show children better than just words, especially if they learn better by example.

Electricity is a form of energy that is found in nature but can be copied and produced artificially by chemicals, a machine called a generator or by rubbing two things together. Electrical power is divided into two categories, static and current. Static electricity gathers or builds up in one place. Think of when you rub a balloon against your shirt and then it sticks to something. That is the created electrical charge that causes things to be attracted to other things. Current is when power runs through a path from one place to another. Current is what we have in our homes. Wires are run through our walls in our homes when they are built to supply power to outlets, lights and switches. A licensed electrician then attaches those wires to a breaker or fuse box, which in turn is connected to the supplying power outside of our homes.

Electrical charges can also be seen when a storm approaches. The clouds create friction with the moisture in the air and this creates static. If a large enough charge is built up, it is released as lightning from the cloud to the earth. It forms its own path with charged particles called ions that the lightning travels along to the ground.

Current energy needs a closed path or loop to work. If there is a break in the circuit, the current cannot flow. This is controlled on purpose using light switches and a circuit breaker or fuse box on the wall of your house. Interrupting the circuit will turn lights on and off, or will turn off the power when work needs to be done in the breaker box itself by a licensed electrician. Explain to children that electrical currents are like a train track set up in a circle. If a section of track is missing or loosely connected then the train cannot travel successfully around the circle.

Power plants generate the power that provides your home with the electrical power it needs to run lights, refrigerators, TVs and anything else that requires electrical power. Plants can use gas, coal, steam, wind turbines or water from a dam to create electrical energy. Solar energy is also currently becoming popular for an energy source.

While power plants generate an immense amount of power, they actually waste two-thirds of the energy they produce as they transmit the electrical current through the power lines. Also, most of the resources they use are not renewable, which means the supply is limited and will eventually run out. There is more pollution produced using non-renewable supplies also. Renewable energy sources are becoming more popular as they can be replenished and there is less waste when transmitting through the lines as the power source can be placed closer to the recipient of the energy.

From the power plant, the generated current travels through wires into large equipment called transformers. The transformers increase the voltage which allows the energy to go great distances. From there, it goes to a substation where it is converted back to low voltage from high. After that it travels through a series of smaller power lines and another transformer to further lower the voltage. Then it is distributed to homes and businesses. If anything in the path is interrupted, then power cannot get through. This is why power can go out when there are storms or high winds that can cause lines to break or become disconnected.

The more that kids understand about electrical power and dangers, the more likely they will be to respect it and realize just how dangerous it can be. Kids are naturally curious, but by explaining the risks to them it can satisfy that curiosity and reduce the chances of injury or death.