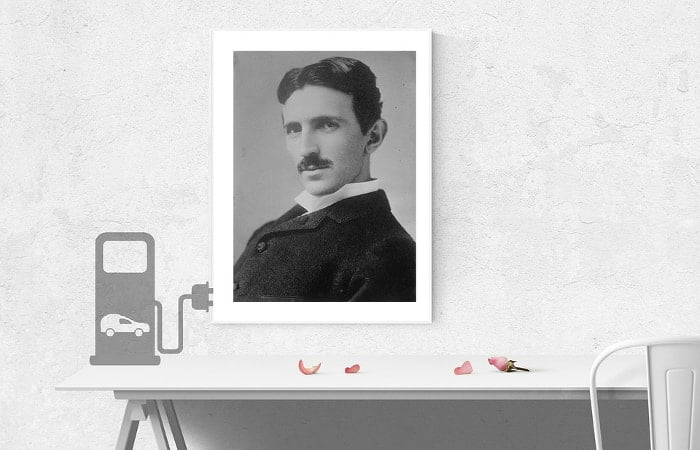 Even though the modern electric utility industry didn’t begin until the late 1800s, we have been fascinated by electricity since our ancestors first witnessed lightning. The ancient Greeks discovered that rubbing amber produced an electric charge. >> Electricity is a basic part of nature and it is one of our most widely used forms of energy. It is a secondary energy source that we get from the conversion of primary sources such as natural gas, oil, coal and nuclear power. Many cities and towns were built alongside waterfalls that turned water wheels to perform work. Before the beginning of the electricity generation, kerosene lamps lit houses, iceboxes were used to keep food cold, and rooms were warmed by stoves. The “necessities” of today such as light bulbs, fans, air conditioners and refrigerators stem from the ideas of inventors that lived over 100 years ago. Many of us are familiar with Benjamin Franklin’s famous kite experiment and Thomas Edison’s electrical light bulb, but there were many other inventors that contributed greatly to our modern uses of electricity. Some of these inventors simply sought to improve upon old ideas and others saw a need and let their curiosity run wild with each experiment until they discovered something new. Each invention paved the way for the next.

In the mid-1600s Otto von Guericke, a German physicist, started experimenting with generating electricity. In 1670 he invented the first machine to produce electricity in large amounts using a ball of sulfur which he rotated and he held his hand against the ball, charging it with electricity. Others, such as Isaac Newton, later used this machine using a ball of glass instead of sulfur, and then later a cylinder, and then a glass plate.

In 1747 Benjamin Franklin started to experiment with electricity and proposed the notion of positive and negative charge. He performed his famous kite experiment to prove that lightning was a form of electrical discharge in 1752. During a thunderstorm he flew a kite with a stiff wire pointing up attached to the top of the kite and a key tied to the other end of the string, and let it hang close to a jar. The string became wet from the rain and caused sparks to jump from the key into the jar until the jar could not handle any more charges. This experiment proved that electricity and lightning are one in the same and that pointed rods conduct electricity better than balls, leading to Franklin’s invention of the lightning rod. Beginning with this experiment, the principles of electricity gradually became understood.

In 1800 an Italian professor, Alessandro Volta, invented the voltaic pile which is now called an electric cell or battery. He made a stack of disks of zinc, acid or salt-soaked paper and copper, and when he touched both ends he received a shock. The volt is named after Volta. Another, who in the first half of the 1800s contributed greatly to our modern uses of electricity, was Michael Faraday. He performed experiments on electricity and magnetism which led to modern inventions such as the motor, generator, telegraph and telephone. In 1831 he experimented with induction and discovered a way to generate a lot of electricity at once. We use his principle of electromagnetic induction for generating electricity today in electric utility plants.

In the mid 1800s, the invention of the electric light bulb changed everyone’s life. This invention used electricity to bring indoor lighting to our homes. Thomas Edison, an American inventor, didn’t invent the light bulb, but improved upon a 50-year-old idea and invented an incandescent light bulb. Many people before him had developed forms of electric lighting, but none of these were practical for home use. In 1879, after experimenting for a year and a half, he used lower current electricity, a filament of carbonized sewing thread, and an improved vacuum inside the globe to produce a practical, electrical light bulb. Edison demonstrated his incandescent lighting system for the public as he electrically lit the Menlo Park laboratory complex. He realized the need for an electrical distribution system to provide power for lighting and in 1882 the first central commercial incandescent electric generating station provided light and electric power to customers in one square mile area in New York City. This was the beginning of the electric age as the industry was evolving from gas and electric carbon-arc commercial and street lighting systems. By the late 1880s the demand for electric motors brought the industry to 24-hour service and the electricity demand for transportation and industry needs was dramatically increased. Many U.S. cities now had small central stations, however each was limited to an area of just a few blocks because of the transmission inefficiencies of direct current (DC). As electricity spread around the world, Edison’s various electric companies continued to expand until they joined to form Edison General Electric in 1889. Three years later Edison General Electric merged with its leading competitor Thompson-Houston and the company became simply General Electric.

Nikola Tesla was one of the most important contributors to the birth of commercial electricity. He was originally an employee of Thomas Edison’s and he invented a system that transmitted alternating current, as opposed to Edison’s direct current system. Edison opposed Tesla’s idea, so Tesla set up his own laboratory and announced his invention of the first practical alternating current induction motor and polyphase power transmission system in 1888. The polyphase system would allow transmission of alternating current electricity over long distances. Westinghouse asked Nikola Tesla to join his electric company where Tesla continued his work on the alternating current induction motor and Westinghouse acquired exclusive rights to Tesla’s polyphase system patent. All of our electric motors today run on principles set out by Tesla, such as the motor that produces high frequency signals that are used in radios and TVs. He also set the standard for the frequency of the transmission current, 60 hertz, which we still operate at today.

Now over 100 years later, think about how much we use and rely on electricity every day to meet what we consider to be our “basic needs” such as alarm clocks, traffic lights, computers and TVs. When we walk into a dark room and flip the light switch, we expect instant light. It’s interesting to think this was once only a daydream and it took many inventors to make it a reality.