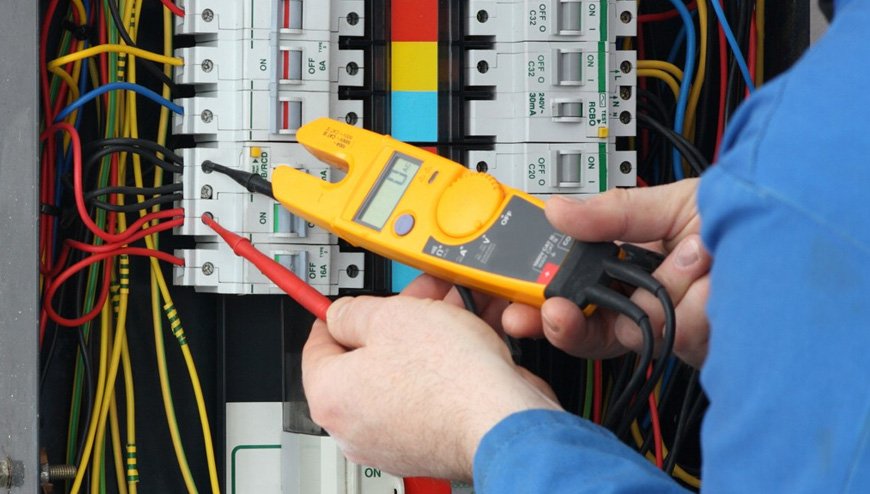 At one time Zinsco Electrical panels were commonly installed in homes in certain parts of the country. As time has passed, electricians and home inspectors have discovered that certain Zinsco panels often can fail to operate properly and may leave homes and homeowners at risk to both fire and electrical shock. These panels can work fine for years, but as homes have increased energy demands, these panels may overheat and portions of it melt.

In this situation, if a breaker melts to the bus bar of the panel and can no longer adequately trip in case of an over-current or short circuit, an extreme amount of power from the outside electrical supply surges into a home’s panel and circuits. Once that happens, it cannot be stopped or shut off manually. Electricity will burn until it runs out of fuel or the wires melt. The panel could overheat and catch fire, causing serious harm to a home and its occupants.

Zinsco panels may seem to work properly for years. But experts warn that these panels may present numerous problems and even hazards if and when they fail. In fact, one expert warns that as many as 25% of all Zinsco circuit breakers could fail to trip in response to an overcurrent or short circuit and create a possible hazardous situation. Learn More here and also here.

Problems with certain Zinsco panels cannot be seen by the naked eye. Even after the cover of Zinsco panels has been removed, everything can seem to be in fine working order. Upon exploring its components, electricians find that breakers cannot be removed from the bus bar. They’ve welded together, which indicates that the breakers have melted. In that condition, a breaker would be unable to trip and may be allowing an unsafe amount of electricity into the home! This could lead to a potential fire.

Please, do not attempt to remove breakers from your own panel to see if they’ve melted. Only licensed electricians should. Zinsco panels can be electrical shock risks; they can appear to be shut off but are still conducting electricity!

Why Do Zinsco Panels Malfunction? 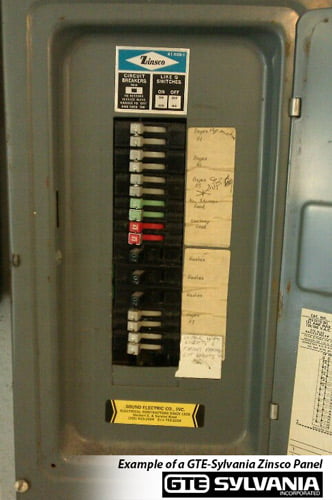 Experts Have Identified Two Major Reasons
Experts report that Zinsco circuit breaker panels may have two major faults that could pose a danger:

1.) Zinsco panels may not meet today’s updated safety codes.
Production of Zinsco panels halted in mid-1970s. Experts say that Zinsco panels produced during this time would not receive today’s UL listing. They would not be allowed to be sold to the general public because they no longer pass current safety codes. Safety standards that were once acceptable years ago are no longer considered safe.

• Certain components of the panel contain aluminum.
• The connection between the breakers and the bus bar is often not solid.
• The bus bar appears to corrode easily.
• Breakers may appear to be off, yet internally the panel is still conducting power.

What to do if you Have a Zinsco Panel

The circuit breaker panel is one of the most important parts of a home’s electrical system. It constantly distributes and receives electricity. The panel protects homes from power surges and other possible hazards. With regular maintenance by a licensed electrician, experts say that today’s electrical panels can function properly and protect homes for 30 years or more.

If you suspect that you may have a Federal Pacific Electric, Zinsco, or an outdated circuit breaker panel in your home, or in any event, you have not had your panel inspected recently, you owe it to yourself and your family to contact a licensed electrical contractor in your area for an inspection.

Circuit breakers that keep tripping, a flickering light on the back porch, or an exhaust fan that just won’t work properly are a few of the common problems homeowners face that have something to do with their electrical system. But figuring out where the problems are stemming from can take a lot of training and knowledge. At D.O.C. Electric, our electricians will find out exactly what’s causing the problem(s), and what other issues may be happening—or beginning to happen. Then we’ll fix it right the first time.