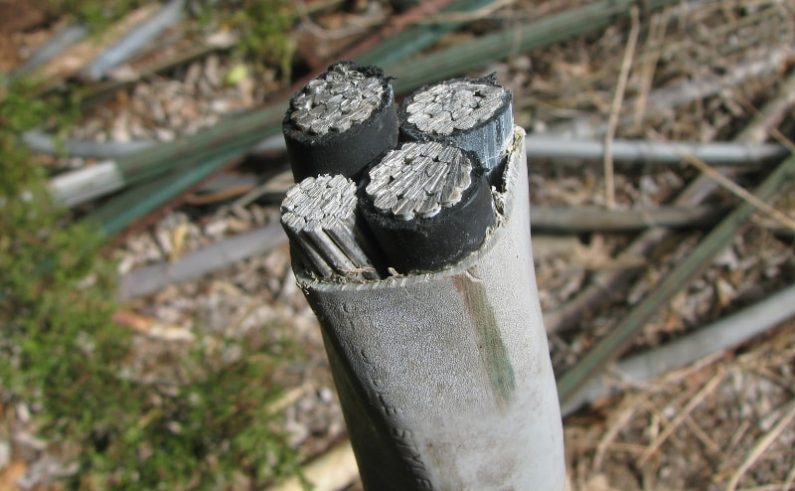 A Guide to Aluminum Electrical Wiring

Aluminum building wiring is a type of electrical wiring for residential construction or houses that uses aluminum electrical conductors. Aluminum provides a better conductivity to weight ratio than copper, and therefore is also used for wiring power grids, including overhead power transmission lines and local power distribution lines, as well as for power wiring of some airplanes. Utility companies have used aluminum wire for electrical transmission in power grids since around the late 1800s to the early 1900s. It has cost and weight advantages over copper wires. Aluminum wire in power transmission and distribution applications is still the preferred material today.

In North American residential construction, aluminum wire was used for wiring entire houses for a short time from the 1960s to the mid-1970s during a period of high copper prices. Electrical devices (outlets, switches, lighting, fans, etc.) at the time were not designed with the particular properties of the aluminum wire being used in mind, and there were some issues related to the properties of the wire itself, making the installations with aluminum wire much more susceptible to problems. Revised manufacturing standards for both the wire and the devices were developed to reduce the problems. Existing homes with this older aluminum wiring used in branch circuits present a potential fire hazard.

What is Aluminum Wiring?

Aluminum wire has been used as an electrical conductor for a considerable period of time, particularly by electrical utilities related to power transmission lines in use shortly after the beginning of modern power distribution systems being constructed starting in the late 1880s. Aluminum wire requires a larger wire gauge than copper wire to carry the same current, but is still less expensive than copper wire for a particular application.

Aluminum alloys used for electrical conductors are only approximately 61% as conductive as copper of the same cross-section, but aluminum’s density is 30.5% that of copper. Accordingly, one pound of aluminum has the same current carrying capacity as two pounds of copper. Since copper costs about three times as much as aluminum by weight (roughly USD $3/lb[4] vs. USD $1/lb[5] as of 2017), aluminum wires are one-sixth the cost of copper wire of the same conductivity. The lower weight of aluminum wires in particular makes these electrical conductors well suited for use in power distribution systems by electrical utilities, as supporting towers or structures only need to support half the weight of wires to carry the same current.

In the early 1960s when there was a housing construction boom in North America and the price of copper spiked, aluminum building wire was manufactured using utility grade AA-1350 aluminum alloy in sizes small enough to be used for lower load branch circuits in homes. In the late 1960s problems and failures related to branch circuit connections for building wire made with the utility grade AA-1350 alloy aluminum began to surface, resulting in a re-evaluation of the use of that alloy for building wire and an identification of the need for newer alloys to produce aluminum building wire.

For smaller branch circuits with solid wires (15-/20-A circuits) typical connections of an electrical wire to an electrical device are usually made by wrapping the wire around a screw on the device, also called a terminal, and then tightening the screw. At around the same time the use of steel screws became more common than brass screws for electrical devices.

Over time, many of these terminations with solid aluminum wire began to fail due to improper connection techniques and the dissimilar metals having different resistances and significantly different coefficients of thermal expansion, as well as problems with properties of the solid wires. These connection failures generated heat under electrical load and caused overheated connections.

Improper installation, or poor workmanship, includes: not abrading the wires, not applying a corrosion inhibitor, not wrapping wires around terminal screws, wrapping wires around terminal screws the wrong way, and inadequate torque on the connection screws. There can also be problems with connections made with too much torque on the connection screw as it causes damage to the wire, particularly with the softer aluminum wire.

Coefficient of expansion and creep

Most of the problems related to aluminum wire are typically associated with older (pre-1972) AA-1350 alloy solid aluminum wire, sometimes referred to as “old technology” aluminum wiring, as the properties of that wire result in significantly more expansion and contraction than copper wire or modern day AA-8000 series aluminum wire. Older solid aluminum wire also had some problems with a property called creep, which results in the wire permanently deforming or relaxing over time under load.

Aluminum wire used before the mid-1970s had a somewhat higher rate of creep, but a more significant issue was that aluminum wire critically had a coefficient of expansion that varied significantly from steel screws commonly used in lieu of brass screws around this time for terminations at devices such as outlets and switches. Aluminum and steel expand and contract at significantly different rates under thermal load, so a connection can become loose, particularly for older terminations initially installed with inadequate torque of the screws combined with creep of the aluminum over time. Loose connections get progressively worse over time.

This cycle results from the connection loosening slightly, with a reduced contact area at the connection leading to overheating, and allowing intermetallic steel/aluminum compounds to be formed between the conductor and the terminal screw. This resulted in a higher resistance junction, leading to additional overheating. Although many believe that oxidation was the issue, studies have shown that oxidation was not significant in these cases.

Many electrical devices used in the 1960s had smaller plain steel terminal screws, which made the attachment of the aluminum wires being used at that time to these devices much more vulnerable to problems. In the late 1960s, a device specification known as CU/AL (meaning copper-aluminum) was created that specified standards for devices intended for use with aluminum wire. Some of these devices used larger undercut screw terminals to more securely hold the wire.

Unfortunately, CU/AL switches and receptacles failed to work well enough with aluminum wire, and a new specification called CO/ALR (meaning copper-aluminum, revised) was created. These devices employ brass screw terminals that are designed to act as a similar metal to aluminum and to expand at a similar rate, and the screws have even deeper undercuts. The CO/ALR rating is only available for standard light switches and receptacles; CU/AL is the standard connection marking for circuit breakers and larger equipment.

Most metals (with a few exceptions, such as gold) oxidize freely when exposed to air. Aluminium oxide is not an electrical conductor, but rather an electrical insulator. Consequently, the flow of electrons through the oxide layer can be greatly impeded. However, since the oxide layer is only a few nanometers thick, the added resistance is not noticeable under most conditions. When aluminum wire is terminated properly, the mechanical connection breaks the thin, brittle layer of oxide to form an excellent electrical connection. Unless this connection is loosened, there is no way for oxygen to penetrate the connection point to form further oxide.

If inadequate torque is applied to the electrical device termination screw or if the devices are not CO/ALR rated (or at least CU/AL-rated for breakers and larger equipment) this can result in an inadequate connection of the aluminum wire. Also, due to the significant difference in thermal expansion rates of older aluminum wire and steel termination screws connections can loosen over time allowing the formation of some additional oxide on the wire. However oxidation was found not to be a substantial factor in failures of aluminum wire terminations.

Another issue is the joining of aluminum wire to copper wire. In addition to the oxidation that occurs on the surface of aluminum wires which can cause a poor connection, aluminum and copper are dissimilar metals. As a result, galvanic corrosion can occur in the presence of an electrolyte, and these connections can become unstable over time.

If you have, or think you may have aluminum wiring in your home and would like to get it checked out contact D.O.C. Electrical Services and we can perform an electrical safety inspection to be certain our homes electrical system is safe.